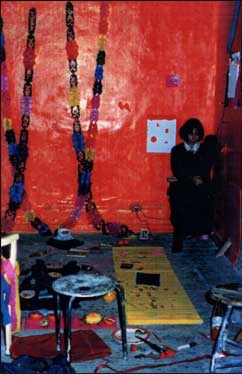 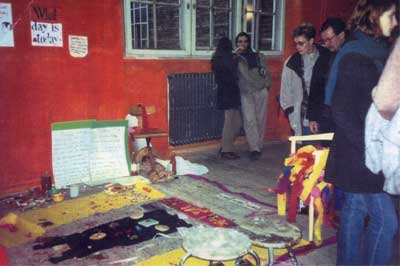 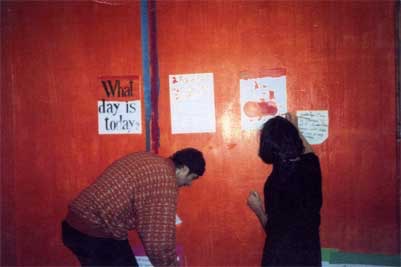 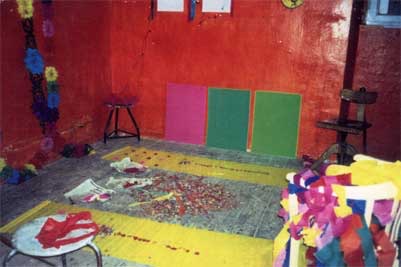 This was an installation with occasional performances which took place over a week as a response to the German festival of Carnival. It was also influenced by the rituals I saw in Mauritius during the six week residency the class had recently undertaken there. Whilst there, I took part in Cavadee and lived with a Tamil family for a week. The images show personal and mundane objects such as cakes, dresses, fruit, and confetti turned into religious offerings, with my diary of that week written up on large pieces of paper and a live painting performance with Anton Laiko, Russian Artist.