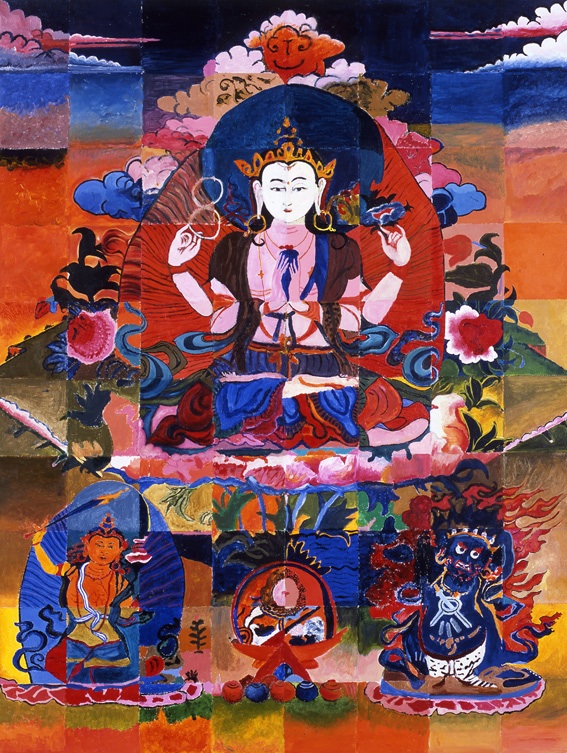 I had wanted to do a recreation in a Buddhist context as I consider the practice of recreating images with groups of people to be an examination of the artistic ego. Rather than paint my own image, I invite other people to paint the image with me. The image chosen to recreate was Avalokiteshvara, the Bodhisattva of compassion. A bodhisattva in Buddhist iconography is an enlightened being who delays their own enlightenment until all other beings suffering has ceased.