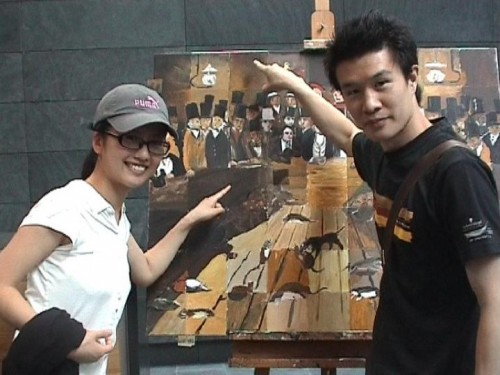 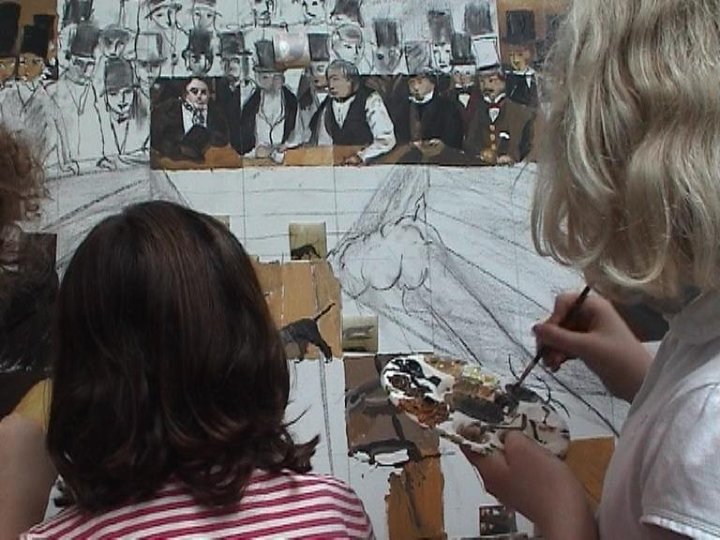 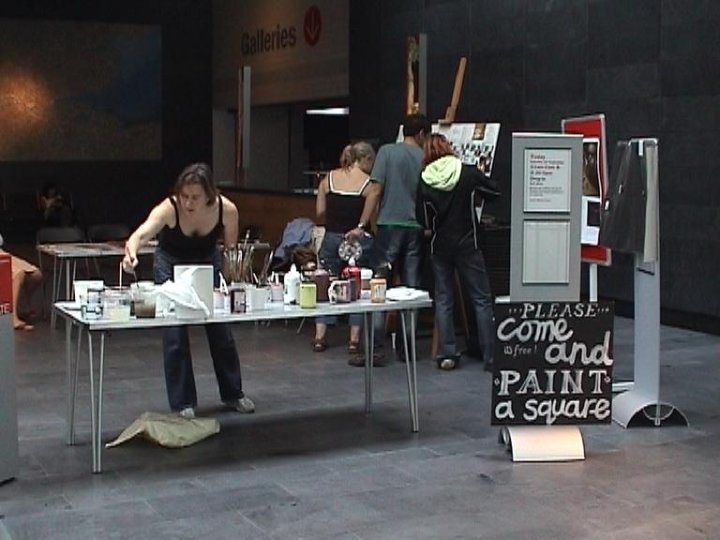 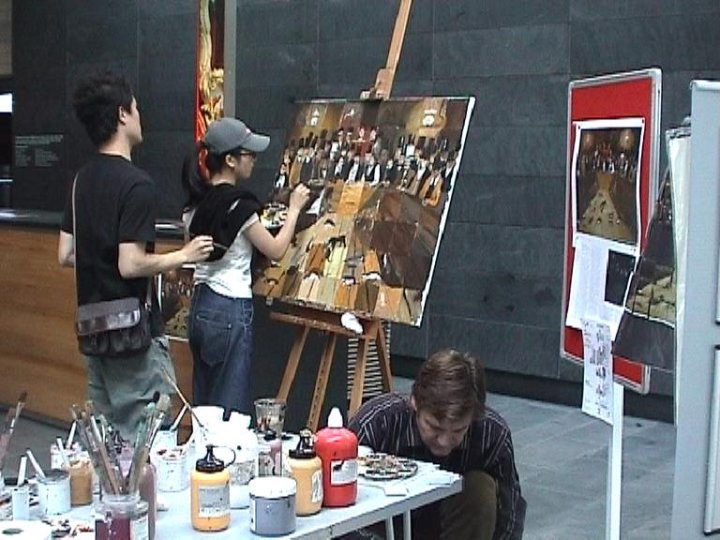 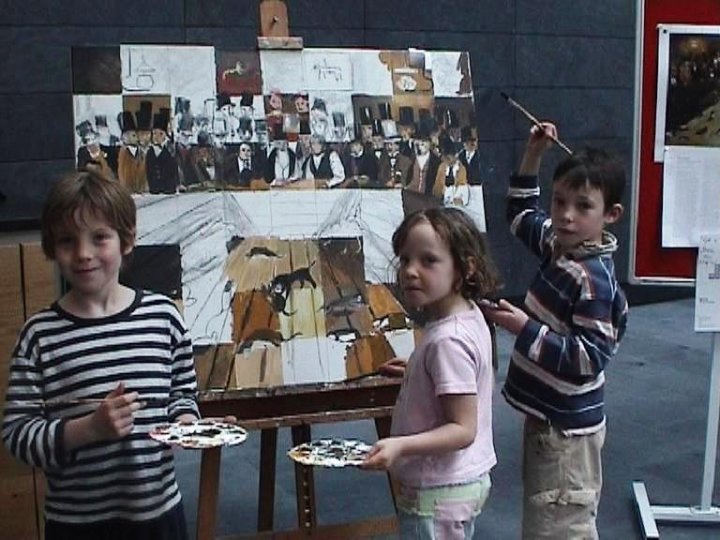 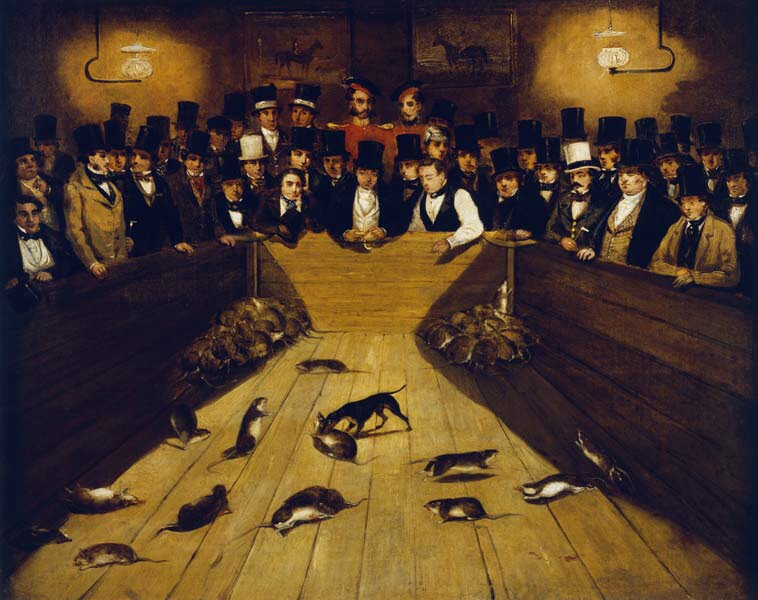 A one day project with 60 visitors to the museum, where we re-created a painting in the collection of Rat fight in a tavern.

In this gas lamp-lit scene a Manchester terrier called ‘Tiny the Wonder’ is attempting to kill two-hundred rats in under an hour, a feat he accomplished twice. Well-dressed men look on, including the dandy Count D’Orsay who can been seen fourth from the left in the fawn coat. The figure in the centre holding a watch is the timekeeper and possibly also managing bets. Jimmy Shaw, the owner of the Tavern, was recorded as being the ‘oldest caterer in rat-killing in the metropolis’. He could store up to 2,000 rats in his establishment and prefered to use farm rats, which he considered healthier than sewer rats. – See more at: http://collections.museumoflondon.org.uk/Online/object.aspx?objectID=object-102061#sthash.OU7Dza3f.dpuf