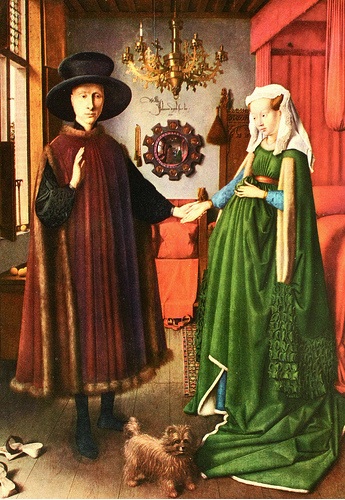 This was the first Re-Creation. I was invited to be artist in residence for two weeks at my old school. As I walked into the building lots of memories came flooding back. I remembered a painting that used to hang in the Assembly hall and I used to stare at it aged 12 whilst singing hymns. I asked where the reproduction was now and nobody knew so I had the idea to re-create the painting with all the ex-pupils of the school and re-hang it in the place where it used to be. The project was advertised in the local paper and on the radio and many ex-grammar school girls came to paint square including my old art teacher, Ms Knight. The finished re-creation was re-hung and unveiled as part of an evening performance including myself and my assistant, Ian Hill, who dressed up as characters from the painting and did an improvised dance performance.